Book Recommendation: How We Disappeared by Jing-Jing Lee

May 13, 2019
Book Recommendation:
How We Disappeared by Jing-Jing Lee 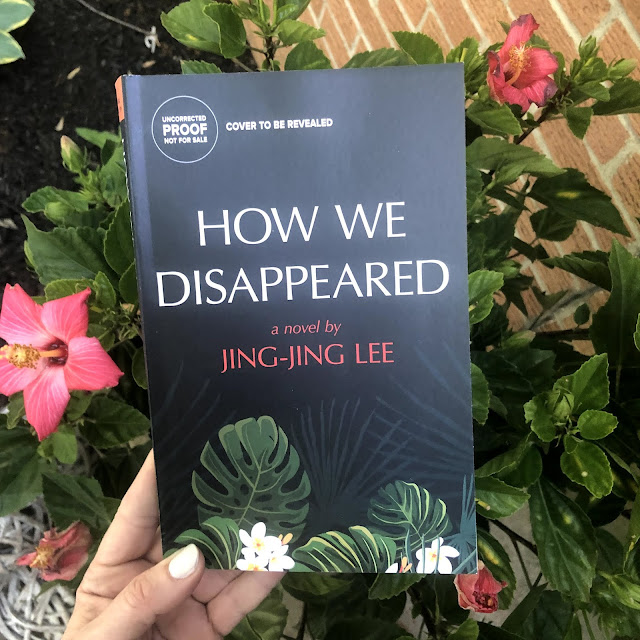 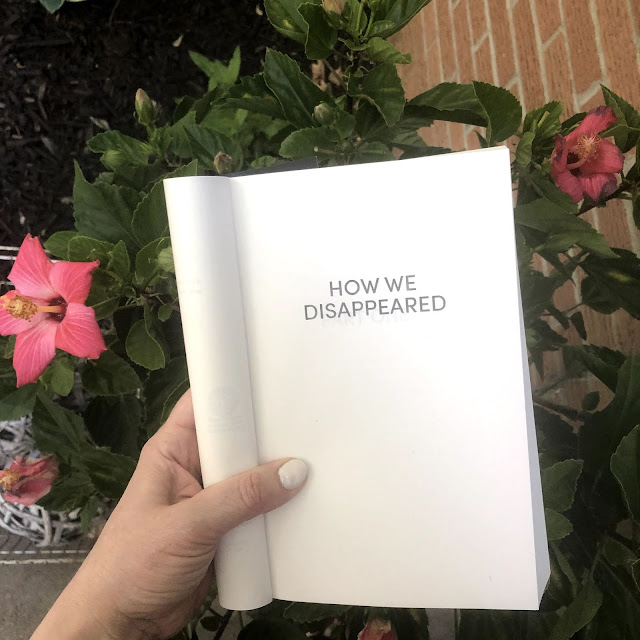 What it's about:
A beautiful, stunningly ambitious novel set in Singapore about a woman who survived the Japanese occupation and a man who thought he had lost everything. For fans of Min Jin Lee's Pachinko and Georgia Hunter’s We Were the Lucky Ones.

Singapore, 1942. As Japanese troops sweep down Malaysia and into Singapore, a village is ransacked, leaving only two survivors and one tiny child.

In a neighboring village, seventeen-year-old Wang Di is bundled into the back of a troop carrier and shipped off to a Japanese military brothel where she is forced into sexual slavery. After sixty years of silence, what she saw and experienced there still haunts her present.

In the year 2000, twelve-year-old Kevin is determined to find out the truth – wherever it might lead – after his grandmother makes a surprising confession on her deathbed, one she never meant Kevin to hear, setting in motion a chain of events he could never have foreseen.

Weaving together two timelines and two very big secrets, this stunning debut opens a window on a little-known period of history, revealing the strength and bravery shown by numerous women in the face of terrible cruelty. A profoundly moving novel, it is based partly on the author's great-grandfather’s experiences. (goodreads)

Thank you @TLCbooktours for my copy! Check out the #HowWeDisappeared blog tour and instagram tour to read more about the book!

About Jing-Jing Lee: Born and raised in Singapore, Jing-Jing graduated from Oxford’s Creative Writing Master’s in 2011 and has since seen her poetry and short stories published in various journals and anthologies. Jing-Jing's novella, If I Could Tell You, was published by Marshall Cavendish in 2013 and her debut poetry collection, And Other Rivers, was published by Math Paper Press in 2015.

August 14, 2019
Ruth Ware always delivers when it comes to interesting and layered characters. The Turn of the Key is a thrilling account of Rowan Caine's experience as a live-in nanny in a luxurious smart home unlike anything she has ever seen. This mystery is the epitome of the saying "if it's too good to be true, it probably is" because even though moving into the home of the Elincourts is an upgrade from her tiny apartment and dead-end job, it comes at a steep price.

Every chapter, there is something suspicious that kept me wondering if anyone in this suspenseful book was telling the truth.

Which, is obvious in the first page because Rowan is writing a letter to a lawyer, from jail, because she's being held for murder. Who is Rowan? Did she come into the Elincourt's lives for a reason? She should have known something was wrong on the day she interviewed, when one of the children warned her to never come back.

May 03, 2018
Once in a while I get into a book slump, where I can't seem to find one that grabs my attention from the  very start, or it's just not itching the bookworm scratch that I need. I've just got to feel it, you know? Well these past couple of weeks, I've felt it, and then some because I am about to tell you about 3 books that not only brought me out of a book slump, they were so good, I'm on an all time high.
First: The Husband Hour by Jamie Brenner. I've already posted a full review but I just have to tell you one more time: Read this book, mmmkay?

It involves a young widow, family secrets, betrayal and a gorgeous family beach house. It's just plain good reading, folks. Jamie Brenner also has another favorite of mine called The Forever Summer, so check that out too.

All We Ever Wanted by Emily Giffin. Emily Giffin, need I say more? Her rap sheet is extensive and her books are classic rom coms that we all love but this one takes her writing to a new level. She r…
Post a Comment
Read more


In Zara Raheem's fresh, funny, smart debut, a young, Muslim-American woman is given three months to find the right husband or else her traditional Indian parents will find one for her--a novel with a universal story that everyone can relate to about the challenges of falling in love.To Leila Abid's traditional Indian parents, finding a husband in their South Asian-Muslim American community is as easy as match, meet, marry. But for Leila, a marriage of arrangement clashes with her lifelong dreams of a Bollywood romance which has her convinced that real love happens before marriage, not the other way around.Finding the right husband was always part of her life-plan, but after 26 years of singledom, even Leila is starting to get nervous. And to make matters worse, her parents are panicking, the neighbors are talking, and she's wondering, are her expectations just too high? So Leila decides it's time to stop dreaming and start dating.She…
2 comments
Read more
Kindle Unlimited Membership Plans